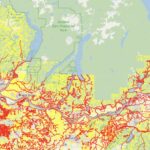 The CMN has recently completed an accurate map of watercourses across jurisdiction boundaries in the Fraser Valley. This mapping is critical for many activities including ditch maintenance, water quality issues and application of the BC Riparian Area Regulations. Detailed watercourse mapping is needed to prioritize fish habitat restoration projects for impacted habitat by decades of cumulative effects from human activities and to prioritize intact habitat for protection and conservation. This recent update is the most comprehensive compilation of watercourse mapping CMN has completed since first mapping small Fraser Valley streams in 2002. Mapping of the smallest of streams throughout the lower Fraser River Valley is needed to show the incremental loss of fish habitats. Many small watercourses have been lost or impacted by land use and development. This short video “LOST STREAMS” illustrates this an on going problem.

This two year project to update the Lower Fraser Streams was funded by the Environmental Damages Fund, administered by Environment Canada and Climate Change. The Community Mapping Network worked with the BC Conservation Foundation and the Fraser Valley Regional District to complete this update of all the small first order streams for the Lower Fraser River, Hope to the estuary.

The red & yellow stream network on the SHIM Atlas shows the extent of the Lower Fraser Streams Update, viewed by zooming into the Fraser Valley and turning the layer groups shown in this screen image.

CMN used the BC Government documented Fish Observations data to mark streams with FISH along with local government “fish present” attributes to identify the RED FISH PRESENT streams. We also used LiDAR visually in some cases to help verify the location of a questionable watercourse which helped to prioritize areas where the field crew would visit. Field observations were limited to confirming stream location, flows and possibly fish observations using the ESRI Collector app. To view the attributes for any Updated Stream use the “Selection” tool (upper left in the SHIM map frame) and click/select a stream line. The attributes are displayed in a “Map Selection Window” (lower left).

An example of how these data are used is the “BC Agriculture Water Calculator”, developed by the “Partnership for Water Sustainability in BC”, linked here bcwatercalculator.ca/agriculture/welcome 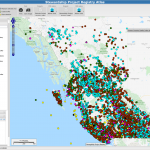 CMN is building a Stewardship Project Registry that captures records of completed projects for many of the funding organizations in the Pacific Region. The data base and web map provide a public view of information about earlier stewardship projects for grant makers and proponents in locations and regions where they are considering new proposals. Find out more here 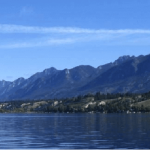 June 24, 2019: Last month, the B.C. Government turned down a proposal for a 90-berth moorage facility on Lake Windermere in the East Kootenay. Read all about the role SHIM played in this land use decision. here https://livinglakescanada.ca/lake-foreshore-preservation-success-through-shim/ 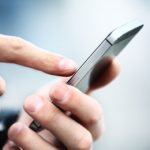 Follow the link below to read the recent article by MARK HUME: 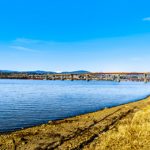 Marsh and Riparian Habitat Compensation in the Fraser River Estuary: A Guide for Managers and Practitioners

Only 1/3 of sampled marsh habitat compensation sites created between 1983 & 2010 are acceptably compensating for habitat losses even though No-Net-Loss was required by Fisheries and Oceans. The assessment project was funded by Environment Canada’s National Wetland Conservation Fund.

The complete “Guide for Managers and Practitioners” is available here. 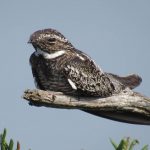 The WildResearch Nightjar Survey is a citizen science survey program that collects baseline data for an understudied group of birds of conservation concern, the nightjars. – more

A 2015 survey of the compensations sites in the Lower Fraser River Estuary finds only 1/3 of the sites achieved No-Net-Loss as required by Fisheries and Oceans policy. The project was funded by Environment Canada’s National Wetland Conservation Fund. 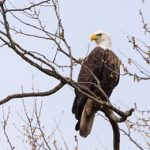 The goals of the Nechako Watershed Health Atlas are:

– to assess the health of the Nechako River watershed in north central BC using best available data from a range of sources;
– to inform and influence decisions and actions that can improve the health and sustainability of the watershed and the communities that depend on it.
The Fraser Basin Council is the project lead with support from the Community Mapping Network and several partners from across the Nechako region

A new video produced by Leanna Boyer was added to the Eelgrass Atlas.  Go to the eelgrass atlas page by selecting from the list of CMN atlases.